The US Department of Housing and Urban Development and the Federal Housing Administration announced changes to its reverse mortgage program designed to keep non-borrowing spouses during the foreclosure process.

The FHA issued a new policy under its Home Equity Conversion Mortgage program, which allows FHA-approved lenders to delay foreclosure proceedings against non-borrowing spouses in the event of the death of the last surviving borrower.

The FHA’s new guidance will allow reverse mortgage lenders to assign eligible HECMs to HUD upon the death of the last surviving borrowing spouse, which would allow eligible surviving spouses the opportunity to remain in the home despite their non-borrowing status.

According to the FHA, under the new policy, lenders will be allowed to pursue claim payments for HECMs with eligible surviving non-borrowing spouses and case numbers assigned before August 4, 2014 by:
–  Allowing claim payment following sale of the property by heirs or estate
–  Foreclosing in accordance with the terms of the mortgage, and filing an insurance claim under the FHA insurance contract as endorsed
–  Electing to assign the HECM to HUD upon the death of the last surviving borrower, where the HECM would not otherwise be assignable to FHA (otherwise known as the Mortgagee Optional Election Assignment).

“By electing the MOE Assignment, lenders will be permitted to modify their FHA mortgage insurance contracts to permit assignment of an eligible HECM to HUD despite the HECM being eligible to be called due and payable as a result of the death of the last surviving borrower,” HUD said in a release announcing the changes.

Consumer sentiment flat in late January The Thomson Reuters/University of Michigan’s final January reading on the overall index on consumer sentiment came in at 98.1, its best showing on a final basis since January 2004 and the latest in a string of increases since August.

The reading was up from 93.6 the month before but slightly under the preliminary reading of 98.2, which was also the median forecast of among economists polled by Reuters.  “Consumers judged prospects for the national economy as the best in a decade, with half of all consumers expecting the economic expansion will continue for another five years,” said Richard Curtin, the survey’s director.

“While renewed strength in consumer spending will boost the pace of economic growth in 2015, most consumers are counting only on modest income gains during the years ahead. Without sufficient wage gains, consumers will be forced to demand large price discounts to complete their purchases, adding to disinflationary pressures.”

Hi, I'm Richard Alexander a New York City and Trinidad & Tobago based Online Marketing Real Estate Entrepreneur and owner of InnersoulRealtyInc.com. InnersoulRealtyInc.com is a real estate investment education company, offering products, education, and systems based on REAL WORLD applications. We are dedicated to educating and helping homeowners, home buyers, sellers, renters, real estate agents, mortgage professionals, landlords and property managers find and share vital information about homes, real estate, mortgages, and home improvement. The goal is to enable other investors with drive and determination to duplicate successful realtors and achieve real wealth through investing in real estate. This Real Estate Educational Program is designed to help any real estate investors secure unlimited funding for real investment purposes without the use of banks or hard money lenders and without using any cash out of pocket or your own personal credit. Navigate throughout our site and join people all over the world who have benefited from proven methods to help sustain your real estate investment in any economy.

Three Essential Things You Must Do Before Starting in Property Development

FREE RE Pricing and Marketing Software 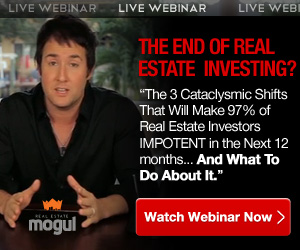